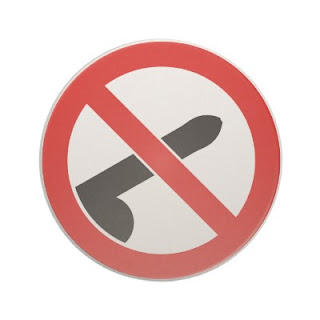 I can think of no more frightening words for a man than these:

Let's face it: there isn't a man alive who would not, if given the choice, rather stare down 1,000 vicious Taliban fighters armed with nothing more than a wet noodle (oh no you didn't!) and a smile, than to hear that his beloved Johnson had become nothing but a deadly tumor hanging between his thighs.

Which brings us to the next question: if a doctor told you that in order to save your life he had to amputate  your Willy, do you think you could live with the result?

Apparently, the answer for one man was a resounding "Hell NO!". Because he's suing the doctor who probably saved his life by removing his Babymaker before it killed him.

Read more »
Posted by Matthew Noto at 7:47 AM No comments: Links to this post 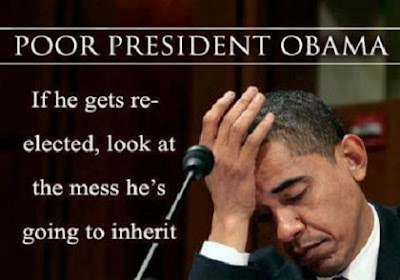 Posted by Matthew Noto at 8:24 AM No comments: Links to this post

Never Retreat in The Face of Ignorant Savages...Just Kill Them...

I haven't talked about Islam for some time now. Probably because on a good day, it's hardly worth talking about; it is, after all, a system of thought and behavioral control imposed by force upon perhaps the most insanely inbred population on Planet Earth. Seventy generations of inbreeding have conspired to create in the Modern Arab something that evolutionary scientists would say is impossible; a modern day Neanderthal, only with a smaller brain and greater capacity for irrational violence.

With regards to the recent attacks on American embassies in Egypt, Libya, Tunisia and Yemen, and ahead of those that are about to occur in Iraq and Afghanistan, it would do well to finally understand what the Israelis have been telling us for 60 years, already; it does not pay to treat Arab Muslims as human beings, for any gesture of friendship, any offer to peacefully co-exist, any attempt to negotiate in good faith, is axiomatically taken by them as a sign of weakness.

Read more »
Posted by Matthew Noto at 10:40 AM No comments: Links to this post

Why Obama Needs To Go...


Despite the fact that we’re a nation obsessed with Political Correctness to the point where we can’t even tell ourselves self-evident truths anymore, I need to say some things, and don’t give a crap about the possible response. Out loud, and with frequency. If they aren’t said, then we, as a nation, are doomed to continue in a flaming downward spiral that can only end badly; like the other great nations and empires of old, we will soon be relegated to relic status, only fit to be remembered, if at all, in that bored-schoolchildren-touring-a-museum way.

The first thing that needs to be said is that Barack Obama, the Great Half-White Dope, the Vacationer-in-Chief, the manifestation of Hope and Change divorced from reason and logic, needs to be shown the door.

ObamaCare in One Sentence...

Video of a real-life doctor summing up ObamaCare in ONE FUCKING SENTENCE.

Posted by Matthew Noto at 10:32 AM No comments: Links to this post

It's All Fun and Games Until Someone Loses A Uterus...

The California Senate, led by democrats, of course, has just rammed through a bill that would allow certain categories of healthcare providers -- without an actual medical license -- to perform abortions on demand.

According to one of the democrats who championed this bit of idiocy, Senator Christine Kehoe (Dipshit, San Diego) this lowering of standards is necessary because "there aren't enough people performing abortions in California".

Now, I happen to agree with the Senator on this point: there should be more people in California performing abortions, and they should be concentrating on the highly-lucrative, retroactive sort that targets Democratic State Senators.

Read more »
Posted by Matthew Noto at 9:41 AM No comments: Links to this post