RE: The announcement by the Obama Administration that it will give "aid" to the Syrian rebels currently fighting the regime of Dictator-for-Life Bashir Al-Assad.

I seem to recall an old saying that goes something like this:

When your enemy is making a mistake, don't interrupt him.

Read more »
Posted by Matthew Noto at 10:31 PM No comments: Links to this post 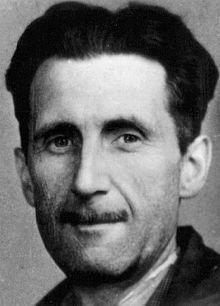 The handsome devil to the left is one Eric Arthur Blair, better known to the world as George Orwell.

Mr. Orwell was the author of some of the greatest anti-authoritarian novels of all time. Books like 1984 and Animal Farm will stand the test of time as classics, and he was also an accomplished essayist, book reviewer, and journalist. Orwell, despite the fact that he was a Socialist, is one of my heroes.

As if that were a secret? I only bust out an Orwell reference about every thirty seconds, sometimes.

He’s a hero to me because, unlike most writers of his day -- a good many of whom are given the honorific of ‘great’ for little to no reason beyond that they appeal to pansy academics -- he dared to speak the truth, plainly and as he saw it.  He did not apologize for his political positions, but did do his best to convince you of their veracity and utility with a command of the language that has been matched by very few. Compared to Orwell, in terms of the use of the English language, Shakespeare was a drooling idiot.

Read more »
Posted by Matthew Noto at 8:40 AM No comments: Links to this post

Well, What Did You Think Would Happen? 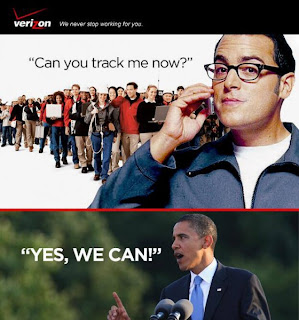 Liberals' issue with the Patriot Act and the other extraordinary police powers given to the Executive Branch in the direct aftermath of the September 11, 2001 terrorist attacks was NEVER about Civil Liberties, Freedom, or the even the Constitutionality of it all. Despite the lip service they paid to such concepts back when.

It was always that those powers were going to be given to the likes of a Bible-thumping, anti-abortionist, right wing, gay-hating, dumb-as-dogsqueeze George W. Bush, and his would-be Reichsfuhrer, John Ashcroft, first.

Oh, I imagine that this whole regime of Orwellian surveillance could be worse:

The American People could have been really stupid and elected Hillary Clinton. Can you imagine what She and Bill would have done with this sort of power?


Read more »
Posted by Matthew Noto at 8:54 AM No comments: Links to this post