Then Why Get Married?
Read this article, which was posted on the MSN welcome screen;

It must be a very sad state of affairs where people actually need to be told to shut the bathroom door, or to not pop each other's zits. Chimpanzees do this kind of shit communally.
Posted by Matthew Noto at 12:40 AM No comments: Links to this post

All You Need To Know About the State of America... 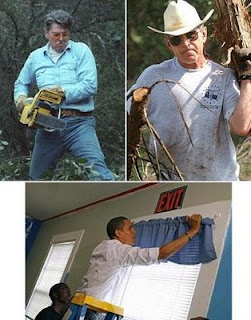 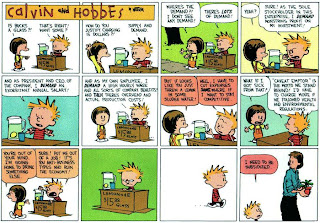 Posted by Matthew Noto at 7:43 PM No comments: Links to this post

Email ThisBlogThis!Share to TwitterShare to FacebookShare to Pinterest
Fed Up With Being Fed Up...
I was hoping to speak at tomorrow's Tea Party protest in New York City, but I haven't heard back from the organizers at this time, so I'm assuming I shall not be invited to spew my mental venom. Fair enough; they probably have 50 or 100 people better qualified to speak at such an event than me. I still plan to show up anyway and let my so-called political leaders know how I feel about what they are doing to this once-fine country.

Here is a text of the address I had hoped to give, just in case I don't get that plum speaking engagement;

I stand before you today as a citizen of the Greatest City on Earth, and the Greatest Country to ever be graced by God. I claim no special powers of persuasion, I claim no primacy of place, I only ask that I be given a few minutes of your time so that I may ask for your help in conveying a very important message to those who claim to know what's best for us.

That message is: You've gone too far, and we're about to yank your leashes...hard.

Mr.President, I would dearly love to "Invest in America"...but some guy in India now has my job.

Mr. President, I would jump for joy at the opportunity to be "The Hope We've Been Waiting For"...but apparently we have different definitions of "Hope"?

Mr. President, I would weep with happiness if my country were energy independent...but giant ceiling fans on the prairies, and a television powered by 'D' batteries seem like really weak ideas.

The truth, Mr. President, is that we can't Invest in America, we can't be the Hope -- we can't even be independent -- when the government of this country works against us, American Citizens, at every turn. It is the government which is rewarding the corrupt managers of fiscally-bankrupt firms which have ruined their employee's lives by allowing them to outsource jobs and underfund pensions, devastated their customers and investors with their stupidity --- and which are now to be rescued at the expense of the very people they've screwed. It is government which provides us with bromides like "Hope" and "Change" and then delivers nothing tangible...except tax increases, corruption and freedom-strangling laws and regulations. It is government which has decided that fish and caribou and salt marsh rodents are more important than We The People.

I'm here to tell you something Mr. President, Madame Speaker, Senator Reid: In our world, incompetents, whether in business or government, get fired when they fail this badly! Salt Marsh Rodents don't vote...but we do. Caribou don't pay the gasoline and road taxes which are used to maintain and rebuild, as you put it, "our crumbling infrastructure"...but we do.

Listen closely, because I want you to hear us all the way in Washington; we're sick and tired of the same tried and failed policies returning every few years in different suit, with a different letter next to it's name. It's time all of you supposed-brainiacs in Washington started listening to us, your employers. We don't want crushing debt! We don't want rationed health care! We don't want Soviet-style Five-Year Plans! We don't want freedoms crushed and what's left of our economy destroyed in the name of "solving this crisis" --- the very crisis your actions helped create!

Before I leave, Ladies and Gentlemen, there is one more issue to be discussed. The real problem here is the culture which we have managed to create, in which we somehow have decided to leave all of our worries and cares in the hands of the two entities that originally created them; government -- and yet more government. When you go home this afternoon, I want you to think about how that culture needs to change and how you, personally, can bring THAT change -- the REAL change we can believe in -- about.

I want you to go home, and talk to your friends and neighbors and co-workers, and I want you to make a commitment to doing your best to ensure that no member of the NY City Council who helped King Bloomberg I circumvent the law, and the stated will of the people, to run for a third term, gets re-elected -- and then make certain King Mike doesn't, either. Then I want you to think about how we can clean up our State Assembly, beginning with Speaker Silver, who never met a tax increase or public debt he didn't like. Then I want you all to call, e-mail, fax and otherwise harass Senator "We Don't Care" Schumer, and hound his sorry behind right out of office.

Change the culture here -- in New York City -- throw out the rotten apples and remove the regal, tenured privileged of Albany! Demand to be respected and to have our rights upheld, and we may begin...only begin...to change that culture. Be responsible! Refuse to let this government rule over you, or treat you like a serf! Demand instead that government do it's proper, constitutionally-defined job; maintaining the conditions under which We The People enjoy our God-given Constitutional Rights, instead of conspiring to line their pockets at our expense, and certainly not running -- and thus ruining -- our lives! New York First -- America Next!

Anyway, it felt good to vent even if no one will ever read it or hear it.
Posted by Matthew Noto at 7:30 PM No comments: Links to this post