On Morons and Elections, Part I.... 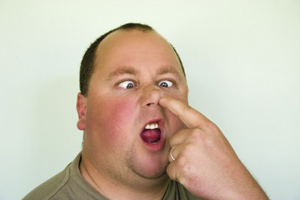 I had pretty much decided some time ago to no longer devote time to this blog. I have so many other things to worry about, after all. I need time to work; I have a sick girlfriend who requires a great deal of care; I wasn't making much money with the damned thing, and so it became a pointless exercise in shouting in the wilderness that returned nothing for the energy devoted to it.

I was resigned to turning out the lights and locking the doors, leaving this little patch of cyberspace in much the same state as a Pharaoh's tomb, which is to say, something left undisturbed for centuries until some douchebag with too much curiosity and time on his hands might accidentally find it to plunder it's dank, musty mysteries as he saw fit.

But there's another election coming, and with elections, you can always count upon three things happening:

1. The morons come out of the woodwork.

2. The morons need to be put in their place.

3. I am, by nature, unable to resist putting morons in their place.

Read more »
Posted by Matthew Noto at 7:32 AM 3 comments: Links to this post