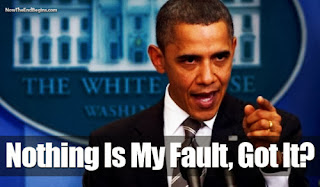 Back in the days when I was a young computer operator, I had a supervisor who, for lack of a better term, was a southern redneck. I mean a real hillbilly plowboy, a tobacco-chewin’, country-music singin’, flannel-wearin’, swaggerin’ farmboy from the inbred regions of South Carolina (which covers about 96% of the state). Why, he was so Southern he pissed moonshine and crapped fried chicken.

But that’s beside the point. In retrospect, nearly 30 years later he turns out to have been one of the smartest people I have ever met. He typically would use a colorful turn of phrase to get a point across (“Why, that boy looks as nervous as a whore in church…”, “That generator ain’t turnin’ out enough power to pull a greasy string from a whore’s ass…”. Harry was obsessed with whores, but this was how he talked), but that was only ever a means to an end. He knew that if you wanted people to remember something, you had to give it them in a way that they would remember it -- so that it would stick.

Read more »
Posted by Matthew Noto at 1:08 PM No comments: Links to this post