Just got back from a three-day getaway with the lovely Tess to the open cesspit that is Atlantic City, New Jersey, a town of marked contrasts, part slum, part Las-Vegas-wannabe, cheesy, second-rate little sin bin for the middle class with no class.

Here's the highlights, which I know you were all just dying to know:

The Government and Your Storm Door...

One of the loudest battle cries of the modern Republican is Get The Government Out of People's Lives. The logic behind this motto is that over several decades -- some would say as far back as the Woodrow Wilson administration, but in any case, at least as far back as FDR's tenure -- that government has taken it upon itself to "do things" that government, strictly speaking, has no Constitutional Right to do.

Typically, this slogan is applied to specific areas of American Life,  like the Social Welfare patchwork, the regulation of commerce and Environmental regulations, that are often onerous, nonsensical, contradictory, and sometimes just plain dumb. I happen to agree with much of this sentiment, but for the purposes of this screed, it will not be necessary to talk about the Cradle-to-grave aspirations of some sectors of Government at all levels. That's for another conversation.

What we're talking about  today is the questionable level of government interference in something as simple a putting a new goddamned storm door on your house.

Read more »
Posted by Matthew Noto at 5:54 PM No comments:

Douchebag of The Week: Todd Akin... 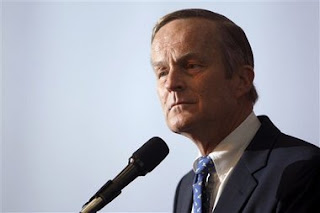 We here at the Asylum haven't given out a Douchebag of the Week Award for some time now, if only because with Barack Obama winning one every week for the last two years there didn't seem to be any point in it, anymore.

But, like buses, if you wait awhile, another douchebag predictably comes along.

This week's recipient is Rep. Todd Akin (R-Missouri) who, for some reason which you just KNOW is connected to throwing theRight To Lifers a bit of red meat, finds it necessary to make a fine distinction about "legitimate rape".

There's a specific reason why this sort of ultra-conservative scares the fertilizer out of people, and Akin just reminded everyone of it.