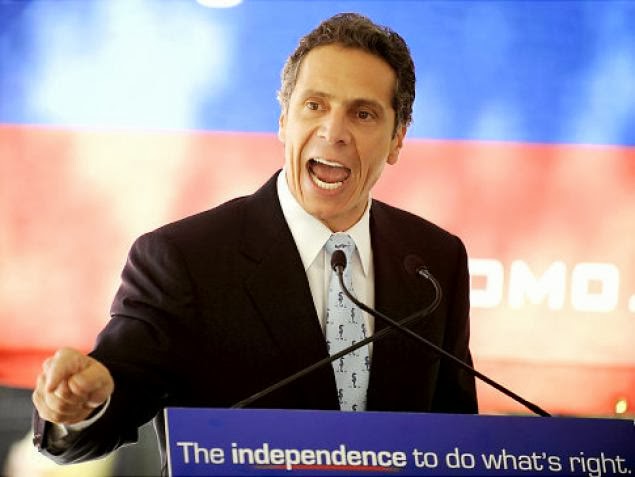 There's an old saying in these parts, that is, on Staten Island, the Forgotten Borough of New York City, that the "apple does not fall far from the tree."

In our crankier and less-forgiving moments, this saying is often modified thusly:

"The turd doesn't fall far from the asshole..."

Oh, how we have been blessed here in New York State! We have had the distinct pleasure (about as pleasurable as having your ass shaved with a cheese grater and then having lemon juice poured on the wound) of living under the enlightened despotism of two Cuomos. First, there was Mario (the Asshole), and now, we suffer under the misguided stupidity that is the regime led by his son, Andrew (The Turd).

Read more »
Posted by Matthew Noto at 12:33 PM 8 comments: Links to this post

A Tale of Two Kitties...

I have to do it this way, Kiddies, because otherwise Libtards don't understand. I've discovered recently that a Libtard manages to just barely grasp a simple notion if you present it graphically, and if you can include cat pictures, they love it even more.

Now, I know that people are not the same as cats, but bear with me, because I have to explain a thing or two about these animals before I make my argument. Perhaps after this little explanation, the analogy will start to make sense. The cat on the Left  (below) is a pampered housecat. The one on the Right  (below) is a feral cat, and yes, my use of Left and Right does have a specific point, and that will become crystal clear as I get to the end of this little screed.

The pictures of the two felines below are a metaphor for American Life:

Read more »
Posted by Matthew Noto at 11:21 PM 4 comments: Links to this post